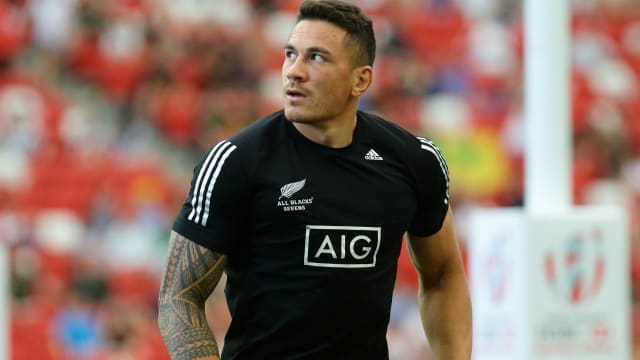 Sonny Bill Williams has been included in New Zealand's 32-man squad for the upcoming Rugby Championship.

However, the new Blues signing is expected to miss the early Tests against Australia, due to his commitments with the New Zealand Sevens at Olympic Games in Rio.

Williams replaces Chiefs midfield back Charlie Ngatai in the squad, who was not considered for selection due to concussion, while Hurricanes outside back Nehe Milner-Skudder also misses out for the world champions.

All Blacks coach Steve Hansen was happy with the squad, with New Zealand opening their tournament against the Wallabies in the Bledisloe Cup clash in Sydney on August 20.

"The form of the players in Super Rugby has been outstanding and, whilst there is not a lot of change from the Steinlager Series squad, it was still a challenging team to select. It was more a case of who do we leave out, rather than who do we pick," said Hansen, who swept Wales 3-0 in June.

"We're confident that we've picked the right players for the Championship, with some proven combinations and some Test experience being balanced out by the need to continue to grow the newer players in our environment."

The squad, captained by Kieran Read, has a total of 968 Test caps experience as they prepare to also face South Africa and Argentina.