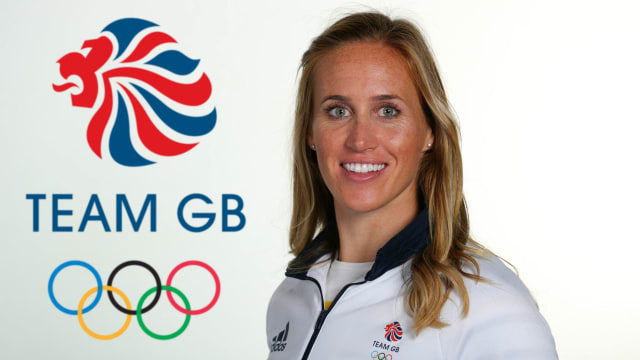 Team GB's first gold at their home Games four years ago arrived via Glover and Stanning in the coxless pairs and they look well placed to double down in Brazil after winning their event at the World Championships last year.

Only USA have won more rowing medals than Great Britain's 63 in Olympics history, while British hero Steve Redgrave's tally of five rowing golds is bettered by nobody in Olympic history.

And Glover says that GB's previous success at Olympic regattas gives her an added assurance of success heading to Brazil.

Glover told Omnisport: "I do think that being able to come in and have all these people that have performed, especially the Redgraves, Pinsents, Cracknells, it gives you a lot of faith in the system because you're coming in blind almost.

"I was coming into a system and saying 'right, make me a good rower'. And I know they've done that before with several other rowers.

"I do like to stay a little bit distant from it because I think if a sport moves on, you have to have individuals, you have to have people who are going to step up and change things and do things differently, rather than just doing the same thing that's been done all the time."

Glover, 30, expects her main rivals for gold to be New Zealand pair Genevieve Behrent and Rebecca Scown as well as Grace Luczak and Felice Mueller from the United States, having bested those teams at the World Championships.

"I think the last few years have really shown us that both America and New Zealand are the other two teams that are likely to be on the podium," she said.

"So the three of us will hopefully, fingers crossed, be battling it out for those medals. They're both incredibly tough teams and both appear to be targeting the event. So we're very realistic about the fact that it's going to be incredibly tough."