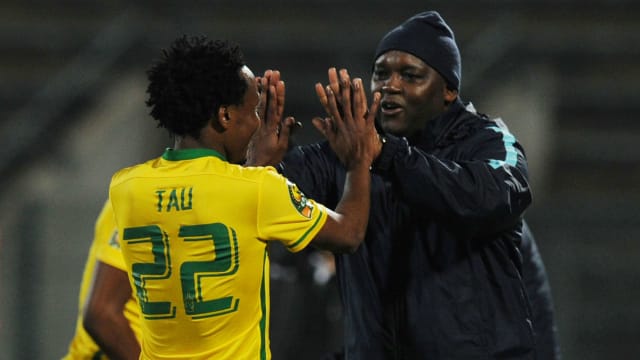 Mamelodi Sundowns became the first team to qualify for the CAF Champions League semi-finals with a 1-0 win over Group B rivals Zamalek.

Sundowns won the previous meeting in Cairo 2-1 and triumphed again courtesy of an own goal from Zamalek's Ali Gabr Mossad.

The defender stuck out a leg in an attempt to block substitute Percy Tau's low cross from the left but inadvertently sent the ball beyond goalkeeper Ahmed Al Shenawy 12 minutes from time.

Sundowns consequently secured top spot in Group B, while Zamalek will qualify with a draw in their final group game against winless Enyimba.

That's all from the Lucas Moripe Stadium as the Brazilians book a spot in the next round of the CAF CL! #Sundownspic.twitter.com/IOUZGtAbSF

Group A leaders Wydad Casablanca suffered their first defeat of the campaign, going down 1-0 to Al Ahly in Rabat.

The Egyptian side - eight-time winners of the competition - would have been on the brink of elimination with a defeat, but Rami Rabia's second-half header proved decisive.

With ASEC Mimosas and ZESCO United drawing 1-1, just three points separates top from bottom in Group A with each side having two matches left to play.