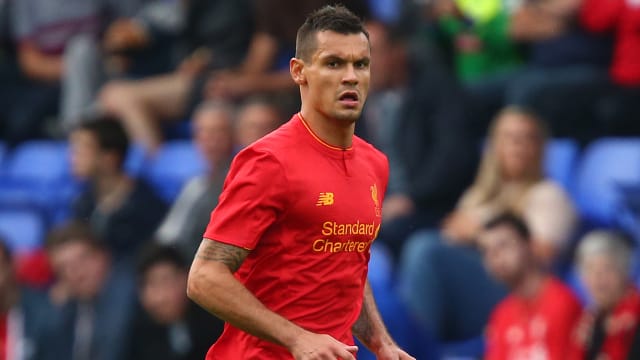 Liverpool defender Dejan Lovren has been impressed by the club's new signings during pre-season.

Sadio Mane, Joel Matip and Loris Karius have joined the club, who have also been linked to Georginio Wijnaldum and Ragnar Klavan.

Lovren, who headed to Anfield from Southampton in July 2014, said the new boys had settled in well.

"You don't need to talk about that [what it means to play for Liverpool], they know which club they came to and they know what people expect from them," he told the club's website.

"They also saw our games on television. So they know everything about the club, but we are here to help them adapt quicker. For now, they are doing really quite well.

"Every change is difficult in the beginning. I will help them make it easier, like people helped me when I came. It's normal - it's a process of helping each other."

Lovren and Co. have been put through "intensive" training sessions by manager Jurgen Klopp.

The German's squad returned to training on July 2 and have played, and won, three pre-season friendlies.

Croatia international Lovren said the gruelling sessions were crucial for Liverpool, expecting similar when their campaign proper begins at Arsenal on August 14.

"The lads who were with us last year and are here now know that it is always intensive with Jurgen's training sessions," he said.

"I'm used to it and I think it's quite good because during the game it's intensive; it's not slow-motion.

"It's normal - you need power and strength and now is the time to work hard so it will be much easier during the season.

"Our bodies will be used to this intensive training. For now, everyone is fit, that's the good thing."