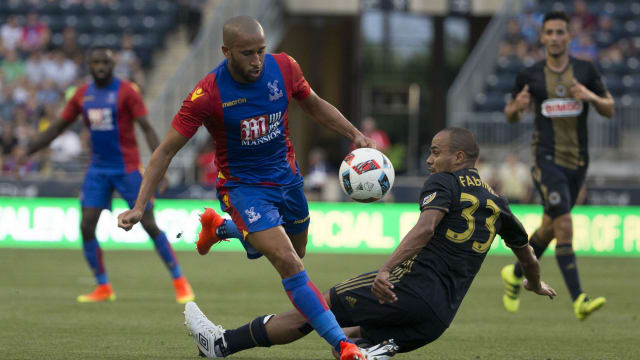 Andros Townsend made his Crystal Palace debut as the Premier League side were held to a 0-0 draw by Philadelphia Union to start their US tour.

The £13million pre-season signing was given an hour on his first appearance since joining from Newcastle, although he could not inspire Alan Pardew's side to victory.

James Tomkins was also given a second-half run out to make his maiden appearance for the club following his move from West Ham, and he flashed a header just off target as Palace failed to break down the MLS side.

Meanwhile, Swansea began their pre-season campaign with a comfortable 4-0 victory over Charlotte Independence in the United States.

Goals from Oliver McBurnie, Kenji Gorre and a double from Wayne Routledge got Francesco Guidolin's side - missing their Euro 2016 contingent - up and running in North Carolina.