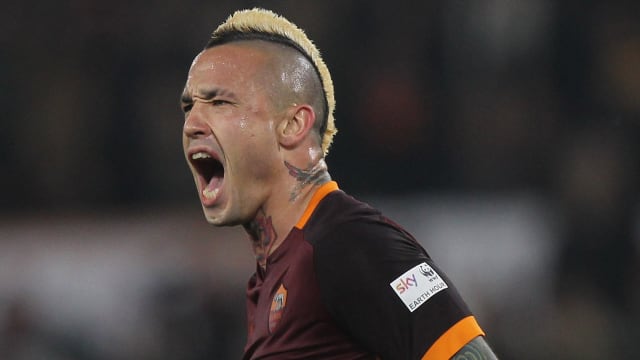 The Belgium international, 28, has been linked to Chelsea, who have reportedly had numerous bids rejected by the Serie A giants.

However, it appears Nainggolan is set to stay at the Stadio Olimpico, saying he is happy at Roma.

"But I'm very happy where I am. I'm not one that often changes teams. For now, I'm focused on here, and then we'll see what happens."

He has already netted at the European Championship after a long-range effort against Sweden, with Belgium set for a quarter-final clash against Wales on Friday.