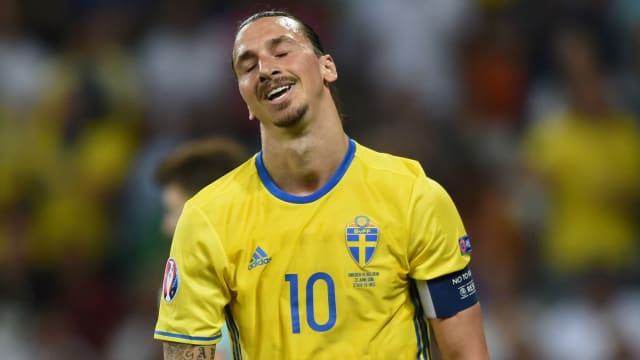 The group stage at Euro 2016 came to a glorious end on Wednesday with Portugal, Republic of Ireland and Iceland advancing in dramatic fashion to complete the last 16 line-up.

Cristiano Ronaldo, Robbie Brady and Arnor Ingvi Traustason were the headline-makers and while they will get plenty of plaudits there are others who will get nothing but criticism. Some will get the chance to put it right in France and the rest will ponder their below-par performances on a beach.

Here, Omnisport presents the worst XI of the group stage. We've gone for a 4-3-3 system and used Opta stats to back up our selections.

Goalkeeper: Salvatore Sirigu (Italy)
When you are the understudy to Gianluigi Buffon you have to grasp the opportunity to impress when a first XI appearance comes along. Sirigu failed in this regard with a shaky performance against Republic of Ireland. Having being booked for a flare-up with Shane Long he then flapped at an 85th-minute cross, allowing Brady to head in the only goal of the game.

Right-back: Gokhan Gonul (Turkey)
Part of a back four that conceded four goals in three games in France, Gonul managed to complete just 71 per cent of his passes in the defeat to Croatia and that figure dropped to 68 per cent against Czech Republic. In between came a 3-0 thrashing at the hands of Spain.

Centre-back: Aleksandar Dragovic (Austria)
A tournament to forget for the Dynamo Kiev man. Sent off in the 2-0 defeat to Hungary that put Austria on the back foot in Group F, he also played a major role in the loss to Iceland that sealed their elimination, seeing a first-half penalty hit the left-hand post and bounce clear.

Centre-back: Lorik Cana (Albania)
The best known player in the Albania squad and their captain, Cana had a tournament to forget. He saw red having been shown a second yellow card after just 36 minutes of their opening game against Switzerland and was not restored to the line-up for the 1-0 defeat of Romania which so nearly put them through.

Left-back: David Limbersky (Czech Republic)
A passing completion rate of just 54 per cent against Spain set the tone. Limbersky looked shaky in the 2-2 draw with Croatia that followed and was dropped for their final game against Turkey.

Right-midfield: Andriy Yarmolenko (Ukraine)
Arrived with a big reputation but delivered little, with two shots on target and one chance created the sum total of his efforts in France. A symbol, perhaps, of Ukraine's miserable tournament with even coach Mikhail Fomenko admitting team morale was a problem.

Centre-midfield: Roman Neustadter (Russia)
Much was made of Russia's desperation to grant him citizenship with president Vladimir Putin reportedly intervening to push it through. It was not worth the effort, though, as the Ukraine-born midfielder who represented Germany in two friendlies did little to catch the eye. Overrun against England, he was taken off at half-time in the defeat to Slovakia and dropped for the 3-0 loss to Wales.

Left-midfield: Raheem Sterling (England)
Remains the most frustrating member of Roy Hodgson's squad. Against Russia in the Three Lions' opener, his willingness to run at defenders put him in good positions only to waste his good work with an awful final ball. Sterling was even worse against Wales in match two before being replaced at half-time. He was not used against Slovakia.

Striker: Harry Kane (England)
Has shown little of his deadly form for Tottenham and looked woefully out of sorts in his two starts against Russia and Wales. He was dragged off at half-time against the Welsh and dropped to the bench for the clash with Slovakia.

Striker: Robert Lewandowski (Poland)
Described by Northern Ireland boss Michael O'Neill as one of the two best number nines in world football (Luis Suarez being the other) - Lewandowski has looked anything but. The Bayern Munich striker has yet to register a shot on target in three games and missed an early sitter against Ukraine on Tuesday.

Striker: Zlatan Ibrahimovic (Sweden)
A touch harsh perhaps given the paucity of talent around him, but when you constantly refer to yourself as a "legend", you could forgive people for expecting you to play like one. No goals, just one shot on target and his side departed with a whimper.