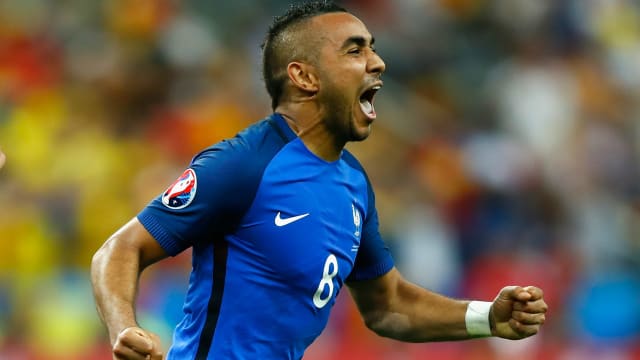 Shocks, scraps and commentator squeals have helped to make up an enthralling Euro 2016 so far.

Established stars have shone brightly, while newcomers to the global scene have grabbed plenty of headlines as the expanded 24-team format has served up a number of surprises.

After many hours of deliberation, Omnisport presents here the best team of the group stage. We've gone for a 3-4-3 system to shoehorn our favourites in, and some of the best stats Opta has to offer to back up our choices.

Goalkeeper: Michael McGovern (Northern Ireland)
Euro 2016 has seen a number of exemplary goalkeeping displays so far - this has been the tournament's lowest goal-per-game average since 1980, after all - but Northern Ireland's McGovern has been the standout. He saved 15 of the 17 shots he faced across three games to help his side into the knockouts, and his display against Germany will long be remembered by fans. Amazingly, he is without a club.

Centre-back: Fabian Schar (Switzerland)
Switzerland reached the knockouts for the first time thanks largely to the efforts of Schar. He headed in the winner against Albania and was exemplary in the 0-0 draw with France that guaranteed his side's progress. A 75 per cent duel success rate underlines his strong form.

Centre-back: Kari Arnason (Iceland)
Iceland's progress to the knockouts has won the hearts of many neutrals, and Arnason has been pivotal to their success. He came out on top in a personal duel with Cristiano Ronaldo in the 1-1 draw with Portugal and was named man of the match in the 2-1 win over Austria that sealed a knockout clash against England.

Centre-back: Giorgio Chiellini (Italy)
Unfancied Italy produced a masterful display to see off Belgium 2-0 on matchday one, and ground down Sweden to earn a 1-0 victory to win the group. Chiellini was at the heart of those displays, excelling alongside Leonardo Bonucci and Andrea Barzagli. He was rested for the Republic of Ireland game, and Italy lost.

Right midfield: Darijo Srna (Croatia)
Our wing-back spot on the right falls to Croatia captain Srna. A model of consistency, he completed the highest number of crosses from open play (seven) and won all but one of his 11 attempted tackles when back in front of his own goal - nobody won more. His form is made all-the-more impressive given the tragic death of his father, the news of which he learned after the opening match with Turkey.

Centre midfield: Toni Kroos (Germany)
Exemplary from start to finish, Kroos completed the most passes of any player (323), but he was much more Germany's midfield metronome. The Real Madrid man enjoyed a 91 per cent pass completion rate in the attacking third and bent in a beauty of an assist for Shkodran Mustafi's header against Ukraine on matchday one.

Centre midfield: Andres Iniesta (Spain)
After Iniesta's inspired performance against Czech Republic in which he set up Gerard Pique's winner, Christian Vieri described the Spain star as the best midfielder of the last 25 years. Third for overall completed passes (264) and with 92 per cent finding their target in the final third, Iniesta has kept the holders ticking.

Left midfield: Ivan Perisic (Croatia)
Croatia were the surprise winners of Group D, and they have Perisic to thank. The Inter winger has been electrifying, with two goals and one assist, including the winner against Spain. An average of 4.3 touches in the opposition box per match proves just how often he drove beyond the defence.

Right forward: Gareth Bale (Wales)
Arguably the star of the tournament to date, Bale scored three times from just 12 shots on target - including two free-kicks - and completed more dribbles (13) than anyone else. The Real Madrid forward inspired Wales to a surprise first place in Group B, and his match-up against McGovern in the last 16 could be an intriguing battle.

Centre forward: Alvaro Morata (Spain)
It hasn't been a memorable tournament for strikers so far, but Morata has shown he is the man to lead the line for Spain in these finals - and perhaps for many years to come. Three clinical finishes place him joint-top in the race for the Golden Boot, and not many would bet against him finishing as the outright winner.

Left forward: Dimitri Payet (France)
Payet has emerged as the unlikely yet undisputed star of France's successful group stage. He set up Olivier Giroud to open the scoring on the first night before blasting in an unstoppable winner against Romania. The West Ham man struck again against Albania with a fine solo finish, and was inches from volleying in a wonder-goal off the crossbar against Switzerland. An average of 4.7 chances created per match tells its own impressive story.