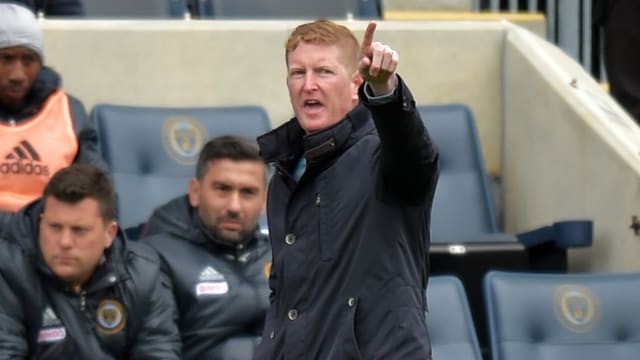 Union coach Jim Curtin certainly would have enjoyed the win over the club where he spent the majority of his playing career with, especially after a slow start to the contest.

David Accam gave the Fire an early lead, before Alberg notched an assist for an unfortunate own goal after his fierce shot hit both posts before taking a final touch off Jonathan Campbell for the equaliser.

The Dutchman followed up that effort with three straight goals, the first coming barely a minute after Campbell's own goal, adding a second in first-half stoppage time, before completing the hat-trick in the 56th minute of play.

But the Fire were not done and ensured a nervy ending for Philadelphia, as Razvan Cocis reduced the deficit to two before Khalyu Thiam had Chicago back in with a shout with 10 minutes remaining, but the visitors eventually came up just short.

The Red Bulls took an early lead through defender Gideon Baah, but it would not last as Yura Movsisyan levelled the scores after 65 minutes, before Allen won the game in the 87th with a deflected strike.

Despite the dropped points, the Rapids remain four points clear of next-best FC Dallas atop the Western Conference standings, while they also have a game in hand on their nearest rivals.

The Galaxy move up to fourth on 22 points.