Wilmots: Only death can affect me 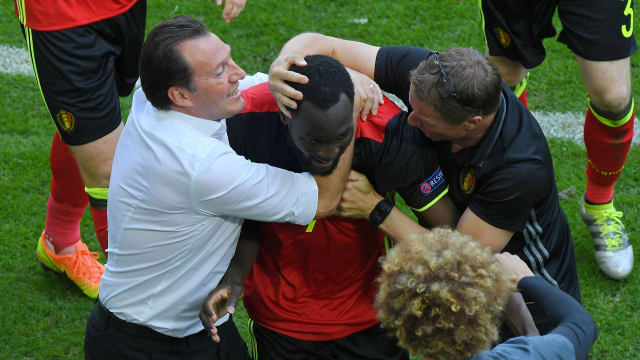 Marc Wilmots claims only death, not criticism, can affect him after guiding Belgium to an impressive 3-0 victory over Republic of Ireland on Saturday.

Following a 2-0 defeat to Italy in their Euro 2016 opener, the coach was at the centre of reports suggesting his players were unhappy with his management style.

The team responded in fine fashion with a comprehensive win in Bordeaux, and Wilmots unloaded his frustrations at how quickly positive opinions of his team reversed.

"After four years of success, when we get criticism and those four years disappear. It's manipulating the people, giving them the wrong idea," he said.

"We have great players and have done well. But I live with criticism. Apart from death, I don't know anything else that can affect me.

"I'm 47, I enjoy my job and wanted to put these kids on the right path. I'm not interested in negative things. People who criticise don't interest me. They'll never be happy in life."

After a lacklustre showing against Italy, Romelu Lukaku struck twice against Ireland, sprinting towards the dugout to celebrate his first with his coach and team-mates.

"Unity is very important," continued Wilmots. "We win and lose together. With Romelu, we wanted to give him some confidence.

"I think he's scored four goals in four matches but then he misses the chance against Italy, and people view him differently.

"I just had to explain things to him and make it clear that I trusted him. He was very good today. I want him to run hard for 70 minutes and if he gave me that, with his movement and work, I'm happy."

Mousa Dembele was picked ahead of Radja Nainggolan but was replaced by the Roma after 57 minutes having sustained an ankle injury.

Wilmots confessed he is unsure of the severity of the problem.

"The choice with Mousa was very simple. I wanted to play on the ground today," he said. "I wanted technical players in the middle. That's why I made that change.

"It's a shame he's sprained his ankle but I can't tell you how bad it will be."