Peru will put on a good show - Gareca 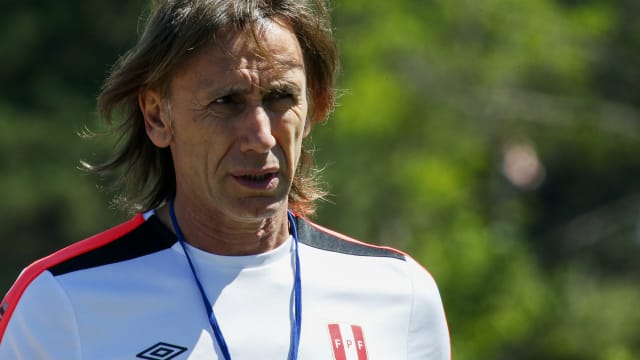 Peru coach Ricardo Gareca believes his side can "put on a good show" as they prepare to face Colombia in the Copa America Centenario quarter-finals on Friday.

A controversial goal from Raul Ruidiaz saw Peru book a spot in the last eight of the competition with a 1-0 win over Brazil in Group B.

The Universitario forward scored with his arm but it was not spotted by the match officials, with the goal ultimately costing Dunga his job as Brazil crashed out of the group stages.

But Gareca is wary of the threat Colombia possess, and knows their win over Brazil means nothing as they enter the knockout stages of the special-edition centenary tournament.

"We've really analysed this game well and all the alternatives that we have," the Argentinian said ahead of the clash at MetLife Stadium in New Jersey.

"Colombia is a national team that are very compact, with World Cup experience, but we have high expectations.

"These type of games you really have to study for, analyse and define those little details.

"Hopefully we don't have a game like the one against Brazil, because even though we beat them it doesn't guarantee us a victory over Colombia."

The 58-year-old added: "We have to neutralise Colombia, but hopefully we can still put on a good show."

The winner will play either defending champions Chile or Mexico in the semi-finals.