Srna: My dying father said I should play 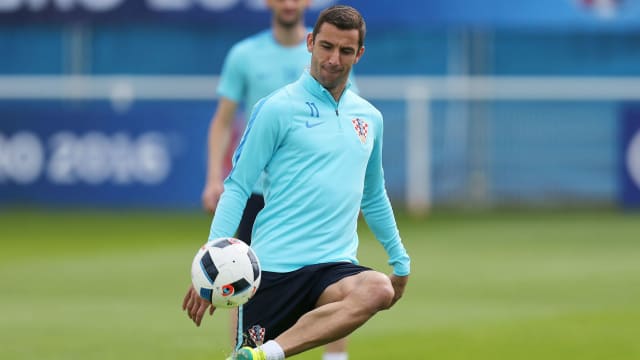 Croatia captain Darijo Srna will honour his father's dying wish when he lines up against Czech Republic at Euro 2016 on Friday.

After impressing at right-back in Croatia's 1-0 Group D win over Turkey in Paris on Sunday, Srna was informed his father, Uzeir, had passed away and he flew home for the funeral.

Back in his home City of Metkovic, the Shakhtar Donetsk player was told by friends and familar that Srna Sr insisted his son should continue to fight for glory in France with Croatia.

"It's a very difficult moment for me and for my family," he told a pre-match news conference at the Stade Geoffroy Guichard in Saint-Etienne. "I just have to say thank you to everybody, to all of you, to all my friends, family colleagues and team-mates - they are giving me support in every single way since I heard the news straight after the match.

"I am fit for the match, I am ready. Everybody knows that my father's last wish was for me to play and win as much as possible with the Croatian national team."

Srna added: "It was my father's wish. Everything that he did in his life was for me to win matches with the Croatian football team.

"I went back to my house in Metkovic and they said to me that my father's last wish was to continue playing this Euro. They will all be happy to see me on the pitch playing for Croatia.

"I am self-confident enough to do my best. When I got married, the next night after my marriage I flew to play for the national team against Austria."

Srna identified veteran midfielder Tomas Rosicky as a major threat for Czech Republic, labelling him "their Luka Modric" after Croatia's Real Madrid star scored a wonderful goal as part of a stunning display versus Turkey.

"Of course, the Czech Republic is a really quality team. Maybe Thomas Rosicky is the main figure in their team," he said.

"He is a playmaker and feared as the main player, the most experienced player. We have to be careful and defend well on him."

Cacic added that he would have no hesitation in picking Srna against Pavel Vrba's side - last-gasp losers against defending champions Spain in Toulouse - and hinted he will proceed with an unchanged line-up.

"You will see the team an hour before kick-off. What I can say is that all the players who played against Turkey are in a perfect condition."