Nainggolan has promised to stay at Roma - Spalletti 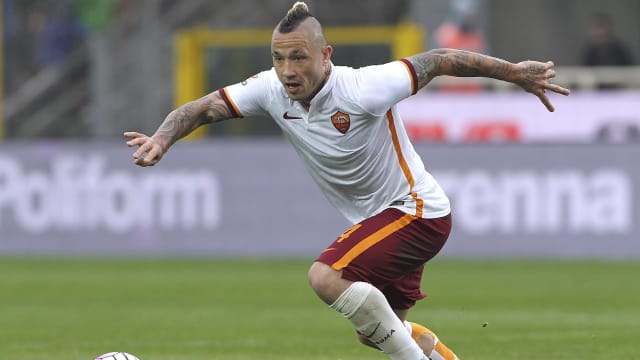 Roma midfielder Radja Nainggolan has promised to stay with the Serie A giants, according to coach Luciano Spalletti.

The 28-year-old midfielder is reportedly a transfer target for Chelsea, but may yet be offered a new and improved deal by Roma.

Spalletti has already seen Miralem Pjanic leave the club for league champions Juventus, and he is keen to keep the Belgium international.

He said Nainggolan had told him he would remain at the Stadio Olimpico.

"I think he stays with us. He is a man of his word and promised," Spalletti told Sky Sport Italia.

"He seemed enthusiastic about continuing to give us his contribution next season."

Roma have been linked with a move for Zenit midfielder Axel Witsel, but Spalletti said he had far greater priorities.

"We must first fix the defence," he said.

"The priority is to find a replacement on the right for [Alessandro] Florenzi, who has the qualities to take on more offensive roles."