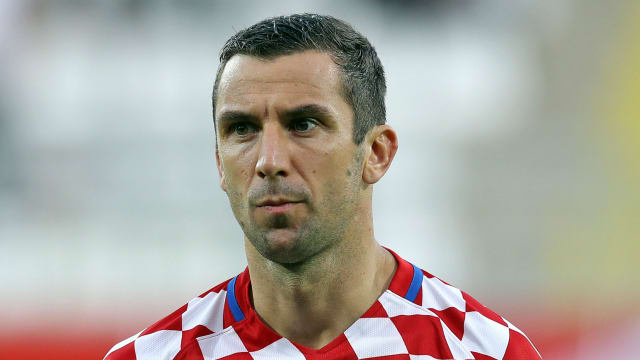 Darijo Srna still vividly remembers the pain of Croatia's Euro 2008 exit to Turkey with the two nations poised to resume their rivalry at Parc des Princes on Sunday.

A youthfully gifted Croatia side appeared set to go far in Austria and Switzerland and a late Ivan Klasnic goal had them in-front during extra-time of a tense quarter-final.

But Semih Senturk volleyed an equaliser in the final minute and Turkey prevailed 3-1 on penalties, before losing to eventual runners-up Germany in the semis.

Croatia gained a measure of revenge with a play-off win to deny Turkey a place at Euro 2012 and enter the latest meeting with bone-fide global stars such as Luka Modric and Ivan Rakitic in their ranks.

Nevertheless, captain Srna - a veteran of 130 caps - is no fan of reflecting upon that night of heartbreak in Vienna.

"I don't want to think and talk about a revenge match but it was painful for all our supporters and our players," he told a pre-match news conference in Paris.

"The Turkish showed then that you have to play until the very last second. Their mentality is really strong, they are fighters and we have to take care of this.

"I think we have one of the best teams in the history of Croatian football but that can mean nothing if we are not physically strong.

"If we play well we can beat anyone but if we don't we can lose to any opposition team. We have to be smart and do it step by step."

The opening Group D encounter takes on added importance given the presence of twice-reigning European Champions Spain, alongside Turkey, Croatia and Czech Republic.

"As the tournament opener showed, Romania nearly won the match and the physical and tactical strength of the team is very important.

"We expect a tough match and our group is very tough. I believe in my team-mates, we've known each other for a long time so I believe we can cope with any team in our group."