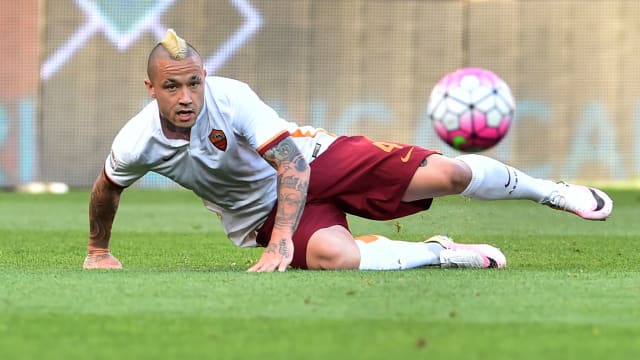 Radja Nainggolan has reiterated that he is content at Roma, but stressed that if a concrete offer from Chelsea came in he would be forced to think carefully.

The Belgium international - preparing to feature for his country at Euro 2016 - has impressed with his all-action displays in the heart of midfield during the past two and a half seasons at Roma.

Incoming Chelsea manager Antonio Conte may be tempted to shake up a squad that failed miserably to defend its Premier League title in 2015-16, and Nainggolan is being touted as a possible target.

For now, the 28-year-old insists he is happy in the Italian capital, but did not reject the possibility of a transfer.

"I've always stated what I want. I'm happy at Roma and that is where I see myself," he told Gazzaetta dello Sport.

"On the other hand, an offer from Chelsea is a big deal and you have to take into consideration.

"I've said what I want, now let's see what the club have to say."