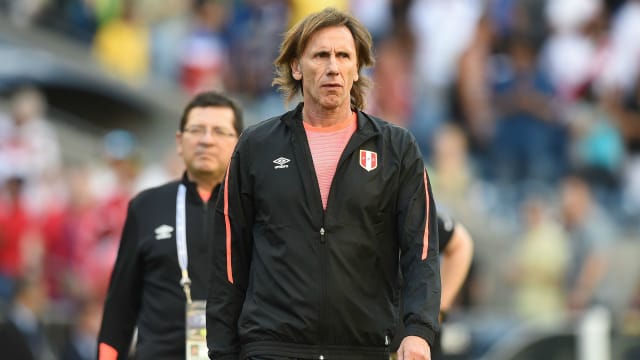 After opening their Copa America Centenario campaign with a 1-0 victory over Haiti, coach Ricardo Gareca insisted Peru were deserved winners in Seattle.

Semi-finalists at last year's Copa America, record-breaking striker Paolo Guerrero scored the only goal of the match as Peru opened the centenary edition in winning fashion on Saturday.

Peru were the superior outfit throughout against the 2015 CONCACAF Gold Cup quarter-finalists at CenturyLink Field and had to wait until the hour-mark to break the deadlock after Edison Flores hit the post in the first half.

Speaking afterwards, Gareca said: "It was a tough game as we expected. Haiti played good. [But] Peru deservedly won the game, and it was demonstrated during the 90 minutes.

"I have to congratulate my players, because it is good debut win in Copa America.

"We must continue to improve. It is the beginning of a cup. We won with a close score, but with a favourable process. I saw my team tried, had mobility, played short and long. The result is fair and I remain calm with the team's performance."

"Guerrero is very important, so it transmits and for what it represents for the group," Gareca added.

"My assessment is very high on him. I know what it means to the country for him. It is very important that he has made a goal. Over time, the boys will understand more with Paolo."