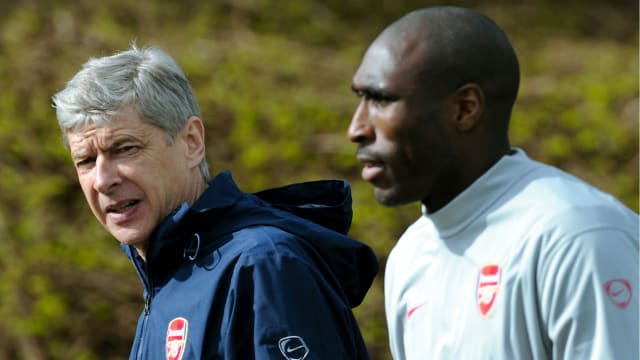 Arsenal missed out on the Premier League title for a 12th season running as sections of the Emirates Stadium faithful turned on the club's long-serving boss.

Campbell was part of the last Gunners side to be crowned champions when they went the whole of the 2003-04 top-flight campaign unbeaten.

And he called for Wenger to be given more time, which looks inevitable after the 66-year-old got the backing of chief executive Ivan Gazidis this week.

"Everyone's got to realise how much he's done for Arsenal," Campbell, who played for the London club from 2001 to 2006 and then again briefly in 2010, told The Guardian. "He revolutionised the club.

"Yes, everyone wants to win the Premier League and Champions League. It takes time.

"He's done incredibly well for the amount of money he's spent - look at Man United, who have spent £250 million in two years and have only gone sideways.

"It's not easy at all. Arsenal and Arsene will know when it's time to move on. It'll happen naturally and that's how it should be because he has given so much to the club."

Gazidis told The Telegraph: "The reason we have Arsene as our manager is because our board believes he can deliver success."