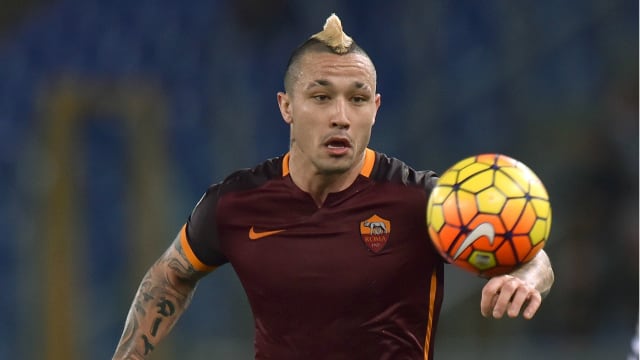 Radja Nainggolan has confirmed Chelsea have approached Roma to discuss a potential transfer, but is adamant the move is by no means done just yet.

New Chelsea manager Antonio Conte is reportedly keen to lure the Belgium international to Stamford Bridge ahead of next season, having previously attempted to sign him while at Juventus.

The Premier League side have already opened talks with Roma, but Nainggolan is not getting carried away as both clubs have yet to agree on a transfer fee.

"There has been contact between Roma and Chelsea," the midfielder told HLN Nina.

"But I will not get involved so long as there is no agreement between the clubs.

"Chelsea are keen to strengthen their squad and Conte is a manager who wanted to sign me before. Chelsea are a big club.

"But the transfer is not a done deal so long as there is no signed contract on the table. And it would not be easy to leave Italy after 11 years."