Three differences between the 2015 and 2016 NBA Finals 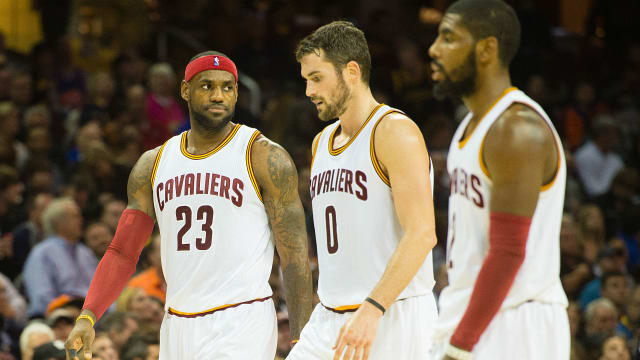 The two teams in the 2016 NBA Finals are the same ones who duked it out for the championship a year ago. The Golden State Warriors got the better of the Cleveland Cavaliers then, winning the series 4-2 for their first NBA title in 40 years.

So what is different about these two teams since they met 12 months ago?

The Cavaliers entered last year's NBA Finals down one-and-a-half members of the LeBron James, Kevin Love, Kyrie Irving triumvirate that was put together to lead the team to a maiden NBA title.

Love never made it past the first round, separating his shoulder against the Boston Celtics and Irving entered the Finals battered and bruised before bowing out with a broken kneecap in overtime of Game One.

That left James and an assortment of role players to attempt to bring down the smoking-hot Warriors.

Cleveland come into this series in great shape, having played just 14 postseason games compared to the 17 Golden State has under their belt, and the Cavs have not played in almost a week after beating the Toronto Raptors in Game Six of the Eastern Conference Finals.

It should be noted, however, that James, Irving and Love were on hand when the Warriors throttled the Cavs, 132-98, in January.

2. The Warriors are now the hunted

Yes, the Warriors won 67 games in the 2014-15 season and had home-court advantage, but they were still considered upstarts by many in the basketball world. Conventional wisdom said a jump-shooting team that relied heavily on the three-point shot could not win an NBA title. One championship and 73 regular-season wins later, they are the team to beat.

Golden State has grown accustomed to getting their opponents' best shot at this point. Not only that, they appear to embrace it. The Warriors know that after the season they had, anything less than a championship will deeply tarnish their already historic success.

3. The Cavs seem to have found chemistry

The Cavaliers' 2014-15 season was filled with big expectations, centered around James, Irving and Love. Even though Cleveland made it to the Finals, they never seemed to quite gel in their first season together.

This year the team has appeared more tight-knit, especially after the coaching change from David Blatt to Tyronn Lue. There have been more high-fives, smiles and hugs from the Cavs since February than there were throughout all of last season. It remains to be seen whether the apparent increased morale will translate into a ring, but it cannot hurt.