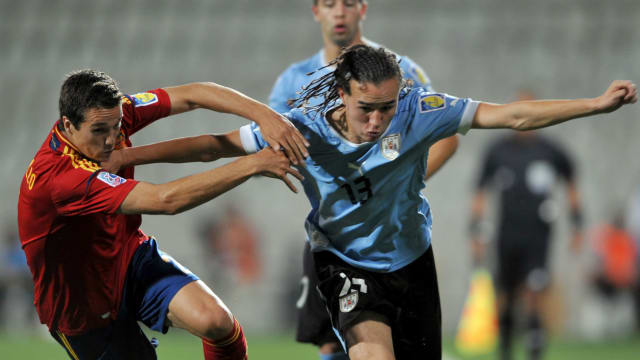 Diego Laxalt has been called up as a replacement for Cristian Rodriguez in Uruguay's Copa America Centenario squad.

Experienced winger Rodriguez, who plays his club football for Independiente, is suffering from a problem with scar tissue.

According to Uruguay's medical staff, there is no certainty the 30-year-old will recover in time to participate in the competition.

As a consequence, Uruguay coach Oscar Tabarez has selected the uncapped Laxalt, who joined Inter in 2013 but is yet to make a Serie A appearance for the Nerazzurri, going on loan to Bologna, Empoli and most recently Genoa.

Uruguay, who won the competition for the fourth time in 2011, begin their Copa America campaign by taking on Group C opponents Mexico on June 5, followed by matches against Venezuela and Jamaica.