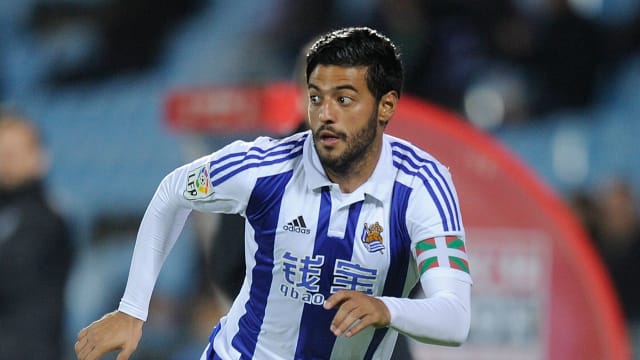 Carlos Vela's agent has played down suggestions he could leave Real Sociedad for MLS and insists he will remain at Anoeta.

Vela struggled for form last season with only five goals in La Liga as Sociedad stuttered to a mid-table finish under the guidance of first David Moyes and then Eusebio Sacristan.

It was a rare off campaign for the Mexico striker who had scored 51 league goals in his previous four seasons.

Vela's poor strike rate in 2015-16 has led to speculation about his future, however his agent Eduaro Hernandez insists he intends to stay at the club.

"Carlos Vela stays at Real Sociedad," he is quoted as saying by AS.

"The MLS is pure speculation, nothing, and Vela stays at Real."