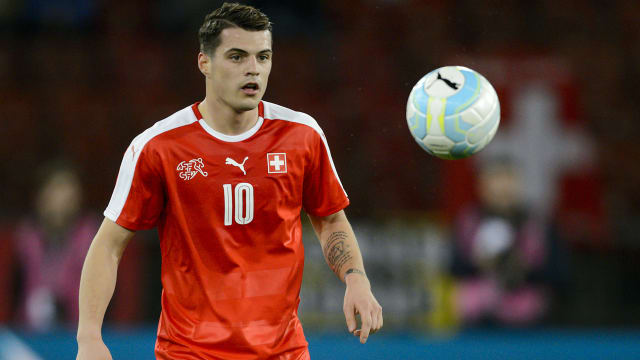 Granit Xhaka has agreed to join Arsenal on a long-term deal from Borussia Monchengladbach, the Premier League club have confirmed.

Xhaka captained Gladbach as they secured qualification for next season's Champions League through a fourth-place finish in the Bundesliga.

The 23-year-old has been included in Switzerland's preliminary squad for Euro 2016 and following the completion of the competition, he will link-up with his new team-mates in London.

"We have been watching him for a long time now and he is a player who will add quality to our squad.

"We wish Granit a good Euro 2016 with Switzerland and look forward to welcoming him to Arsenal ahead of next season."

Xhaka made 141 appearances for Gladbach after joining from Basel in 2012, but the club's sporting director Max Eberl believes the undisclosed fee received will help them strengthen.

He said: "We are losing a very, very good player, but we will be able to continue to build a strong team going forward with the transfer fee.

"We thank Granit for his loyalty to Borussia in the last four years and wish him well at his new club in London."