Sirigu: PSG wanted me out 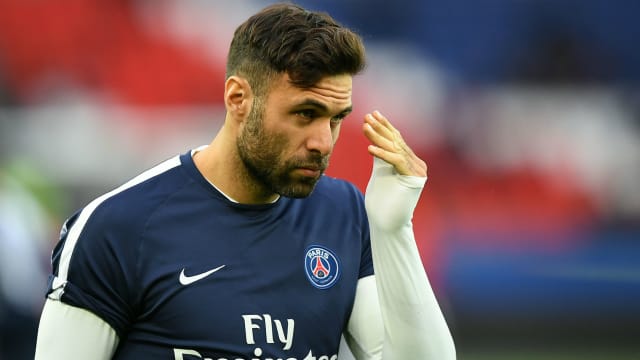 Paris Saint-Germain goalkeeper Salvatore Sirigu said the French champions tried to force him out of the club, while claiming he has never been in a "healthy" competition with team-mate Kevin Trapp.

The Italy international, who was displaced as number one following Trapp's arrival at the start of the campaign, came close to leaving PSG in January but the 29-year-old has taken aim at PSG, accusing them of trying to engineer his move away from the French capital.

"PSG wanted to put me outside of the club," Sirigu said in an interview with L'Equipe.

"I never have been in a 'healthy' competition with Kevin Trapp.

"I was disappointed. The issue was not the fact I was not playing but that no one took me into consideration.

"I don't want to have a similar year next year, but I still have two years left of contract."