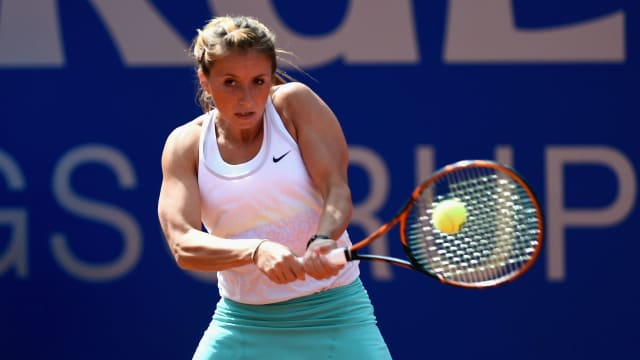 Annika Beck secured qualification to her first semi-final of 2016 with victory in the only completed quarter-final at the Nurnberger Versicherungscup on Thursday.

The German triumphed 7-6 (8-6) 2-6 6-2 over compatriot Anna-Lena Friedsam to progress to the last four, but adverse weather conditions and injuries led to a shortage of action on the clay courts.

A left-thigh problem forced Lesia Tsurenko to withdraw from her clash with Julia Goerges, who advances to meet Kiki Bertens in the semi-finals.

Qualifier Bertens was herself the beneficiary of an opponent's injury, with Irina Falconi pulling out with a sprained right ankle after losing the opening set 6-1.

Rain delays meant there was no time for Varvara Lepchenko and Mariana Duque-Marino to contest their last-eight clash, and the winner of that quarter-final will now have to play two matches on Friday.

Third seed Beck will face Lepchenko or Duque-Marino in the last four.