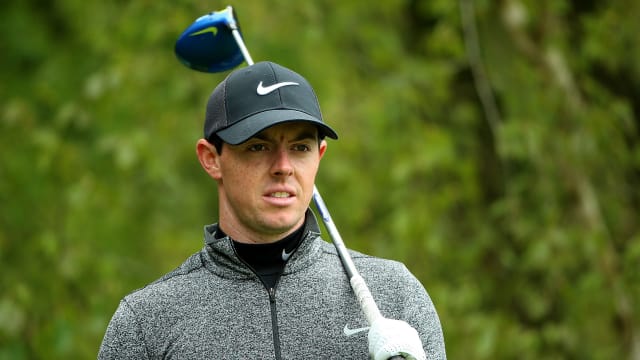 Tournament host Rory McIlroy will be hoping home comforts bring about his first victory of the year, while Masters champion Danny Willett is also in a strong field at the Irish Open this week.

World number three McIlroy has not won on the PGA Tour since last May and has struggled with consistency in 2016 as he attempts to return to the peak of his powers.

All eyes will be on the Northern Irishman at The K Club, where the four-time major winner will attempt to win the Irish Open for the first time a week after equalling the course record at the Players Championship before finishing in a tie for 12th.

Willett returns to the European Tour on the back of missing the cut at Sawgrass in his first tournament since sensationally winning his first major at Augusta.

Jeunghun Wang is on cloud nine after following up his maiden European Tour victory in the Trophee Hassan II by taking the Mauritius Open title last weekend.

The 20-year-old South Korean is the youngest player to win back-to-back European Tour events and will join Seve Ballesteros and Nick Faldo as the only players to win three in succession if he triumphs in County Kildare.

"I hope I can win three in a row, but this week is a really big tournament and it's my first time in Ireland, so I'm not sure," Wang told the European Tour website.

Lee Westwood will aim to build on finishing in a tie for second place at Augusta when he tees off on Thursday, while Australian Scott Hend has also been in impressive form.

The Arnold Palmer-designed K Club course is described as a true test of risk and reward golf, with testing winds to master at the scene of Europe's crushing defeat of the United States in the Ryder Cup in 2006.

Contenders will also have to avoid the River Liffey on the Palmer Course, which spans almost 7,350 yards.

WILL IRISH EYES BE SMILING ON MCILROY?

There will be expectation on McIlroy, who will tee off as favourite in Straffan, to put on a show in front of his adoring Irish fans and victory on Sunday would put a spring in his step with the US Open on the horizon next month.

McIlroy will go round with defending champion Soren Kjeldsen and Andy Sullivan in his first two rounds.

"The Irish Open, it always was, but even more so now, it's become one of the most important weeks of the year for me," McIlroy said.

"Obviously for a couple of different reasons. We're here to try and raise as much money as we possibly can for three local charities in the Dublin area, but also it's a tournament that I desperately would love to win one day."

Kjeldsen recovered from a final-round meltdown to be crowned Irish Open champion at Royal County Down last year.

The Dane celebrated his 40th birthday by claiming his fourth European Tour crown six years after his previous success. But he did so the hard way, surrendering a three-putt bogey on the 17th to ensure he needed to win a play-off against Eddie Pepperell and Bernd Wiesberger to take the title.

Graeme McDowell and Martin Kaymer are in need of some success in order to push for a Ryder Cup spot after dropping to 68th and 64th in the world respectively.

Northern Irishman McDowell, who was tied for ninth at Sawgrass last time out, said: "The weekend at The Players was nice on a lot of levels, gave me that little bit of confidence coming here, and into next week, as well, and looking forward to the summer with three majors to play here in the next few months, a lot of big events. Looking to the French Open with double Ryder Cup points."

Kaymer said: "I haven't really competed in a tournament properly. Preparation has been good for the summer, so now I look forward to hopefully all the work and the practice paying off, because I really need to work my way into the Ryder Cup."