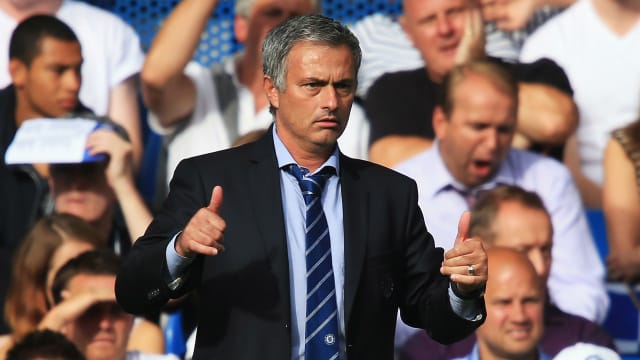 Jose Mourinho is the "perfect" man to guide Manchester United into the 2016-17 season, according to former Portugal playmaker Deco.

Louis van Gaal on Tuesday reaffirmed his intention to remain in the Old Trafford hot seat for another year, but speculation persists that the former Chelsea boss will oust the Dutchman.

And Deco, who won the Champions League under Mourinho at Porto in 2004, says United - fifth-placed finishers in the Premier League this season - would be on to a winner in appointing his countryman.

"I don't know if he's going to United but, if it's true, in my opinion he is the right man for the job," he told Omnisport.

"In this moment United needs to bring back all its history and I think Mourinho is the perfect coach to train United."

Discussing his time with Mourinho at Porto, Deco continued: "I worked with Mourinho when he was starting in football. At that time we had fantastic players and one young coach like Mourinho giving us everything us he knows.

"For us it was a fantastic moment because in that time I learned a lot. Not just me, me and the other players.

"We won everything we could. The memories are good and he was the best coach that I had. Our team, our generation at Porto was a fantastic experience."