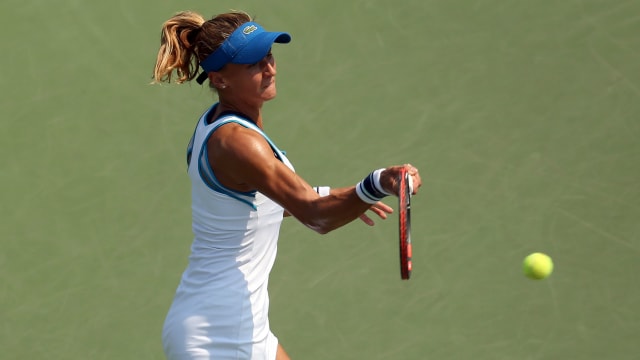 There were straightforward wins for fourth seed Lesia Tsurenko and Irina Falconi as the Nurnberger Versicherungscup got under way on Sunday.

Tsurenko was forced to work hard in the first set against teenage Austrian wildcard Mira Antonitsch, the world number 982.

However, the gulf in class showed thereafter as Tsurenko completed a 7-5 6-1 win to set up a second-round tie with either Stephanie Vogt or Polona Hercog.

Sunday's other match saw Nicole Gibbs win 6-4 6-3 against Kristyna Pliskova, whose sister Karolina reached the final of this event in 2014.