Football League Review: Hull and Barnsley close in on Wembley 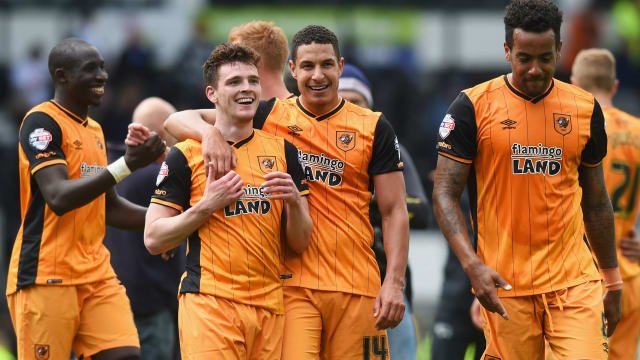 Hull City moved a step closer to making an immediate return to the Premier League as they secured a 3-0 victory over Derby County in the first leg of their Championship play-off semi-final on Saturday.

Abel Hernandez gave the visitors the lead on the half-hour mark with a superb 25-yard strike at the iPro Stadium, taking his tally for the season to 22 goals.

A Jason Shackell own goal then made it 2-0 just before the interval, with Andy Robertson adding a third deep into second-half stoppage time after rounding off a stunning counter-attack with a fine finish.

Barnsley are also strong favourites to reach a Wembley spot after downing Walsall 3-0 in the first-leg of their League One semi-final.

The Yorkshire side, who only clinched a play-off place on the final day of the regular season, took the lead on the stroke of half-time at Oakwell Stadium courtesy of an own goal from Jason Demetriou.

Leading-scorer Sam Winnall then found the net twice in as many minutes early in the second-half as Paul Heckingbottom's men took control of the tie.

AFC Wimbledon, meanwhile, will take a 1-0 lead into the second-leg of their League Two semi-final against Accrington Stanley.

Tom Beere's 93rd-minute goal - his first for the club - proved the difference between the two sides in a nervy clash at Kingsmeadow.