Bosnich: Van Gaal's time is up at United 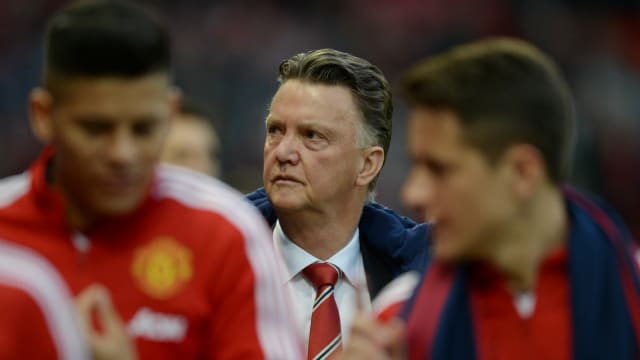 United are set to be without Champions League football next term - the second time in three campaigns - as Van Gaal's men sit two points adrift of fourth-placed Manchester City heading into the final round of the Premier League season on Sunday.

To make matters worse for United supporters, the club are 17 points adrift of champions Leicester City following another season of stagnant football, which has been criticised by fans and pundits alike.

United, though, could still end the season as FA Cup winners, as well as sneaking into the top four if City lose at Swansea, but Bosnich - a Premier League winner with the club in 2000 - feels Van Gaal's time is up with Jose Mourinho waiting in the wings.

Asked if winning the FA Cup against Crystal Palace at Wembley on May 21 would be enough to save Van Gaal, Bosnich told Omnisport: "I think United have made their mind up. I think they made their mind up quite some time ago. The only thing that could save him is if City slip up at Swansea."

Of United's style of play under Van Gaal, Bosnich added: "It's not something that Manchester United fans are accustomed to.

"I think slowly but surely, well I hope, Van Gaal is realising that. Growing up at Manchester United, when we played in the young team, in the A team and B team, Alex Ferguson used to come around and say winning wasn't enough in this shirt. We had to play in a certain way.

"The only thing is, going forward today, results are obviously everything. Playing good football means a lot as well but that, in my opinion, it is the icing on the cake.

"The pressure on a United manager is to get results but finishing fifth is not going to be good enough. Then you have the quandary of not playing attractive football and finishing outside of the top four. So it's a kind of double blow.

"Surely the aim is to balance in between but right in this moment of time, it's not quite there."

Speculation is rife that United have an agreement in place with former Chelsea boss Mourinho, though nothing has been confirmed.

Assistant manager and club legend Ryan Giggs is also believed to be a contender should Van Gaal depart, and Bosnich believes United will be in good hands either way, pointing to Pep Guardiola's promotion from Barcelona's youth team as an example for the Welshman.

"I thought Mourinho should have got the job after Ferguson," the 44-year-old Australian said. "His pedigree is second to none. He is one of the top managers in the world.

"The only thing that is going to weigh against Giggs is United haven't had success since Ferguson. [But] sometimes it's better when things are going exactly to plan. There is scope for them to improve. I don't think they will lose out either way."