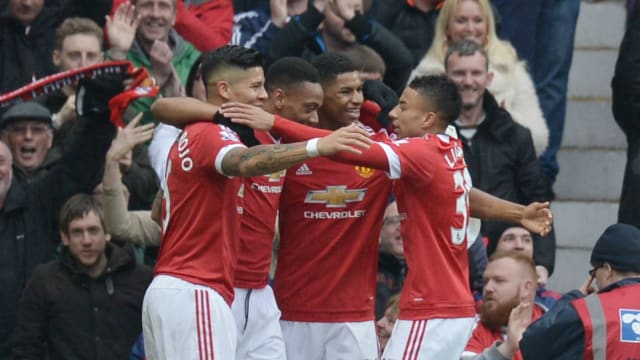 United have scored just 46 goals in the Premier League season, with Stoke City the only side in the top half of the table to have netted fewer.

Anthony Martial is the only player in the squad to have reached double-figures in terms of top-flight goals this season, and Van Gaal knows their struggles in the attacking third are their greatest challenge to overcome.

The manager has been criticised for a dull brand of football during his time at the helm but has assured work is being done to make United more formidable in front of goal.

Asked whether United need to become more adept at killing opponents off, Van Gaal replied: "We train to overcome this problem, training in the situations that are ahead and making the pitch bigger and keeping the ball better.

"When you make the pitch big the opponent has to run more metres and it is easier to do that.

"We have to score more in our attacking organisation which is something I have said at the start of this season.

"We need creative, fast players in attack. We have to change that and that is very important."