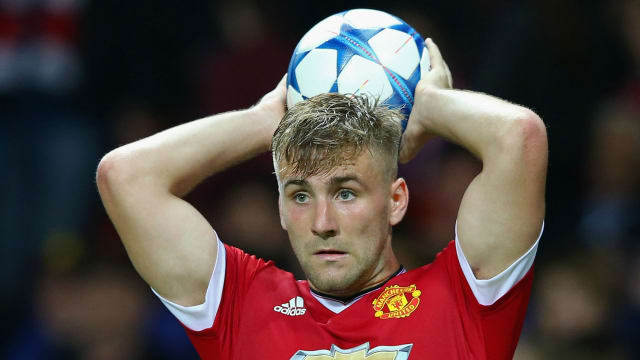 Manchester United manager Louis van Gaal has confirmed that Luke Shaw will not play in next weekend's FA Cup Final with Crystal Palace.

Shaw has not played a single minute of first-team football since suffering a double fracture to his right leg in a Champions League defeat to PSV in September.

There had been rumours suggesting that Shaw would make his return for United at next week's final, but Van Gaal's announcement confirmed otherwise, with any slim hopes the left-back had of being in contention for England's Euro 2016 squad seemingly over.

"It is a pity because he cannot reach that level to play. He needs more time to play but it keeps his motivation very high," Van Gaal said.

"I have always said to Luke that he can play in the final to keep his motivation high, but now I cannot say that anymore because we are in the final!

"It is still high and I have to give compliments to him because it is not easy to be away for such a long time. He is coming back, but he is coming back next season."