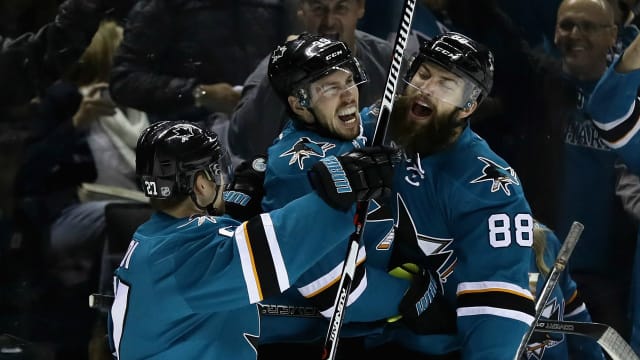 It took seven games to decide the NHL play-off series, but the San Jose Sharks were a class above in the decider against the Nashville Predators, winning 5-0 on Thursday.

The Sharks are now through to the Western Conference finals after winning the second-round series 4-3, where they will face the St Louis Blues.

San Jose were a cut above the Predators, who qualified for the play-offs via a wildcard, on their home ice as they hit the lead nine minutes into the game.

Joe Pavelski got the go-ahead goal on the power play, before Joel Ward doubled the Sharks' advantage with three minutes to play in the third period.

Logan Couture made it 3-0 when he scored a snap shot just 36 seconds into the second, with Joe Thornton and Patrick Marleau completing the rout in the third period, with their third and fourth goals of the play-offs respectively.