Bolt: I'd only play for United if Van Gaal wasn't manager 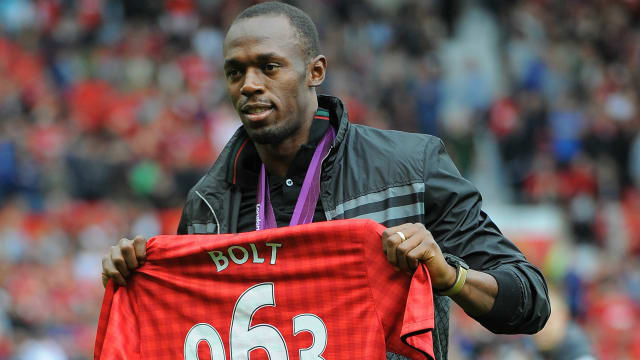 Olympic sprint champion and the world's fastest man, Usain Bolt, has always dreamed of playing for Manchester United but he would only do so if manager Louis van Gaal departed the club.

Van Gaal faces an uncertain future at Old Trafford, with United fifth in the Premier League heading into the final game of the season and reliant on a Manchester City slip-up to secure a Champions League return.

The Dutchman's stock at United has dropped so low that even life-long fan and Jamaican athletics star Bolt - a six-time Olympic gold medallist - would pass on his dream amid the team's stagnant style of play.

"I supported Manchester United for years," Bolt said as he gears up for the Olympic Games in Rio de Janeiro, starting in August.

"I would still love to play for them, but if Louis Van Gaal is the coach, not so much."

"He plays a different style of football which Manchester United doesn't really play. We are more of an attacking team and he likes to pass the ball. I'm not saying he's not a good coach but, personally, I just think he's not right for Manchester United."

While United are in the FA Cup final, they are set to miss out on Champions League qualification, with fourth-placed City holding a two-point advantage after 37 matches.