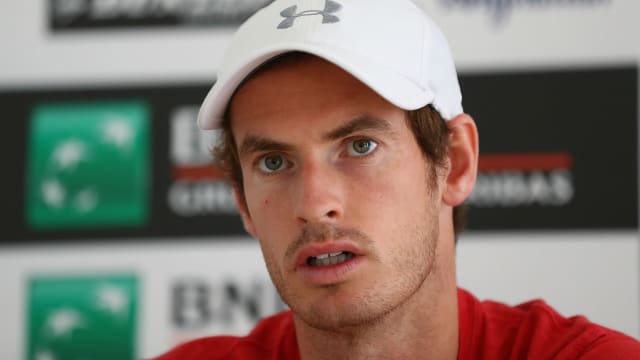 Andy Murray will begin the process of replacing coach Amelie Mauresmo in the coming weeks after the pair ended their two-year working relationship.

A joint statement on Monday confirmed the pair had gone their separate ways, with the identity of Mauresmo's successor still unclear.

Since the birth of her son in August, Mauresmo has struggled to spend long periods of time with the world number three, and was missing at the Miami Open in March.

And Murray knows finding a coach who is willing to spend their life on the road is a difficult task.

Speaking ahead of the Italian Open in Rome, Murray told a news conference: "Roger [Federer] stopped working with Stefan Edberg at the end of last year because Edberg wanted to spend more time with his family, didn't want to spend as much time travelling.

"It takes a lot of time to do the job well and properly. For a lot of the ex-players, it's not easy to do that for four, five years in a row.

"If you're going for the ex-players that have spent 15 or 20 years of their life on the road for 30, 35 weeks a year, they don't always want to do it all over again.

"I haven't really thought too much about a new coach. But it's something that I will speak to my team about over the next few weeks and try to find something that works. I want it to work long term, so I will take that into consideration as well."

Murray's most successful coach was former grand slam winner Ivan Lendl, who guided the Brit to success at the US Open in 2012 and Wimbledon a year later, his only major triumphs to date.