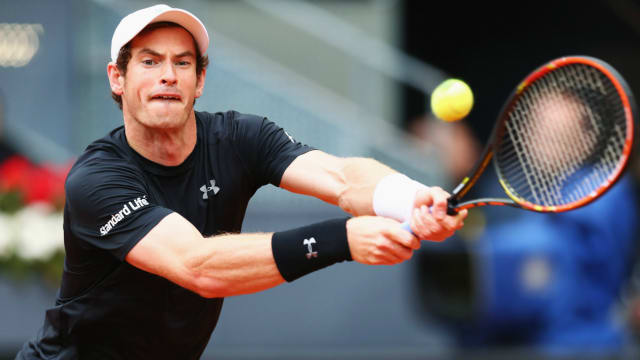 Andy Murray revealed his decision to part ways with coach Amelie Mauresmo was due to the two having to spend "significant time apart".

Murray and Mauresmo released a joint statement on Monday confirming they have decided to go their separate ways after almost two years together.

Former world number one Mauresmo, who gave birth to a son last year, was reportedly finding it difficult to set up a comfortable work-life balance which contributed to the decision.

"I'm sad about it but it just wasn't working," Murray told the Daily Mail. "Me and Amelie spoke in Madrid last Monday, we chatted and that's when the decision was made, by both of us really.

"Since Australia we only spent ten days together, in Miami. For both of us I think if you have two and a half months and you only spend ten days together - and in those ten days I was going through a tough patch in Indian Wells and Miami - it makes things difficult because you need to work your way through those tough times together.

"You need more consistency and those periods were going to continue happening through the year, post-Wimbledon and post the US Open there were going to be periods where we were spending significant time apart."

Murray appointed Mauresmo as his coach in June 2014, helping the Briton up to second in the rankings and his first titles on clay last year.

The 28-year-old has also been working with former British Davis Cup player Jamie Delgado in 2016 but it remains to be seen who he appoints as his new coach.

Murray added: "My experience with Amelie was a good one. Obviously we would have liked to have won another grand slam in that time, for sure, but I got myself from number 11 back up to number two in the world and had some good results."