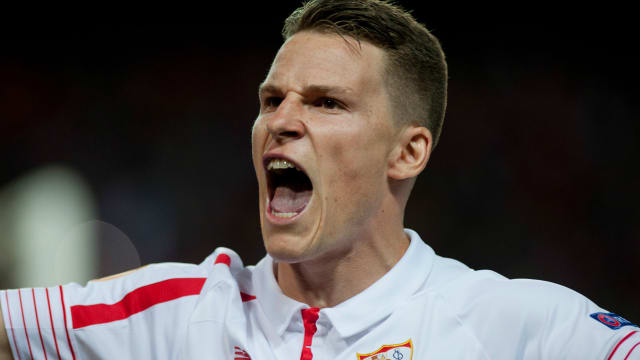 Sevilla sporting director Monchi is hopeful the Liga club can secure the services of influential duo Ever Banega and Kevin Gameiro beyond this season.

Benega and Gameiro are set for a memorable and potentially trophy-laden end to the campaign as Unai Emery's squad prepare to tackle Liverpool in pursuit of a third consecutive Europa League crown.

Four days after that showpiece occasion in Basel, Sevilla will try to upset Barcelona in the Copa del Rey final, bringing the curtain down on the Spanish season.

French striker Gameiro has scored 28 times in all competitions for Sevilla this term, form that has reportedly attracted Barca's attention, while Argentina midfielder Benega is rumoured to be a target for Inter.

While Monchi would go no further than to anticipate a round of negotiations with Banega's representatives, he told Canal Sur that Gameiro could be tied down to a new contract.

"We decided to focus on our competitions and we told this to [Banega's] agent," Monchi said.

"We want Ever to play both finals and then we will sit down to negotiate with him.

"He has a contract with Sevilla next year and I only can predict that we will negotiate."

On Gameiro, he added: "I think it will be the summer of Gameiro, but to renew his contract.

"The economic stability of the club will allow us to handle this with more time."

Monchi refused to be drawn on the prospect of bringing Aleix Vidal or Jesus Navas back to the Ramon Sanchez Pizjuan Stadium.

Vidal has been restricted to six Liga starts since making his Barcelona debut in January, while Navas has won the Premier League and two League Cups over three seasons at Manchester City but faces an uncertain future ahead of Pep Guardiola's imminent arrival at the Etihad Stadium.

Monchi said: "I don't think Barcelona have [selling Vidal] in their mind. Aleix is paying for six months of inactivity but I know that in Barcelona they think of him as a future project.

"Some people from football said that Guardiola won't want [Navas] and [there are] others who he will want. I know City are happy with him, he has a contract with them and Jesus is happy. I have not delved into the subject."