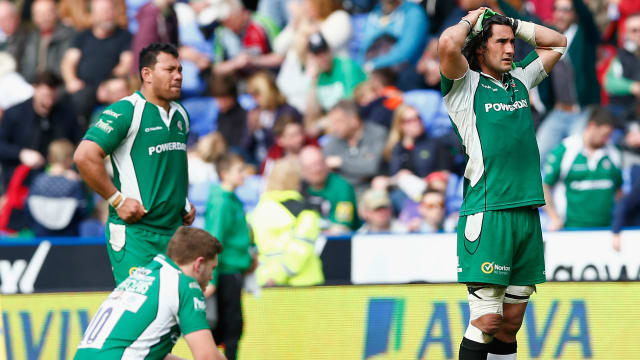 London Irish's relegation from the Premiership was confirmed on Sunday as Bedford Blues suffered defeat to Bristol in the Championship play-off semi-finals.

The Exiles retained slim hope of avoiding a first relegation since 1994 due to Bedford not meeting Premiership entry criteria.

However, the Blues were comfortably beaten by Bristol over two legs, the latter triumphing 45-19 at Ashton Gate on Sunday to wrap up a 90-35 aggregate win and book a promotion decider with Doncaster.