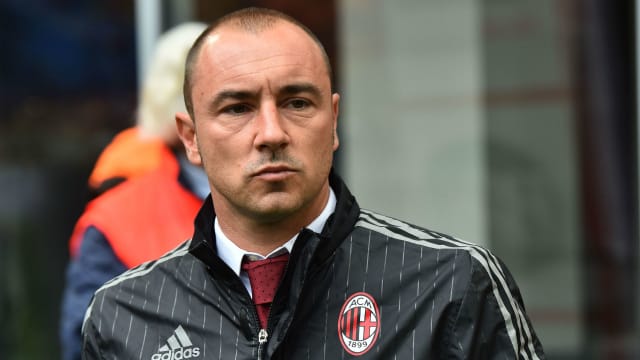 AC Milan coach Cristian Brocchi admitted that his side's performance in their 1-0 win at Bologna was more about substance than style.

The result lifts Brocchi's men back up to sixth in the table and keeps them in contention for a Europa League berth which they could also secure by beating Juventus in the Coppa Italia final later this month.

And while Brocchi accepted that his team failed to scale any great heights at the Stadio Renato Dall'Ara, he was delighted to pick up what could prove to be a vital victory.

"It was important to win and as I have not had time to work from early in the season, I have to make a virtue of necessity," he said.

"It is normal that I want a Milan that does more, but today the most important thing was the victory."

Brocchi's position was called into question after last weekend's home draw with lowly Frosinone, but he was far happier with his side's defensive display against a plucky Bologna side that fought right until the end.

"We were criticised after the many goals that took place with Frosinone," he added. "But at least this time we can say that we won.

"It definitely was not an easy task [to beat Bologna]; I knew that before and I know that now.

"My job is technical and tactical as well as psychological and there are differences to be seen from the Milan of a few games ago.

"But of course there are difficulties because it is hard to alter everything.

"For my kind of game you just want hungry players rather than top players."