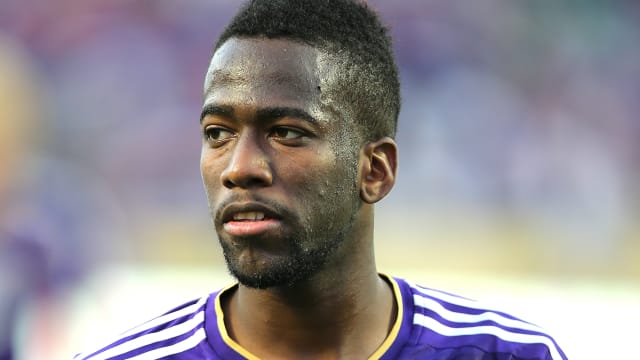 Orlando City moved to five games without a win in MLS after playing out a 1-1 draw at home to New York Red Bulls on Friday.

Kevin Molino scored in the second half for the hosts to cancel out Bradley Wright-Phillips' 19th-minute opener at the Orlando Citrus Bowl.

Orlando were reduced to 10 men in the closing stages after Cristian Higuita was sent off for a crunching tackle on Sacha Kljestan but it did not affect the end result.

The draw means Orlando are now winless in over a month, but still remain three points off top spot in the Eastern Conference, with Red Bulls a point behind.

Kljestan collected a pass from Salvatore Zizzo before threading the ball through to Wright-Phillips, who calmly slotted past Orlando goalkeeper Joseph Bendik.

Orlando had a great chance to equalise before half-time, but Red Bulls keeper Luis Robles made a great double save, denying Brazil international Kaka from close range.

Kaka - who was overlooked by Dunga for Brazil's final 23-man squad for Copa America Centenario - had another great chance to equalise 10 minutes into the second half, but his effort came off the post and out of play.

However, Orlando did find themselves level after some great work from Canadian striker Cyle Larin was finished off by Molino, securing a share of the spoils.