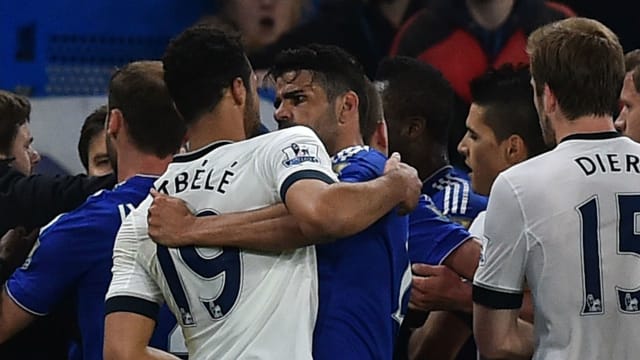 Mousa Dembele has accepted a charge of violent conduct from the Football Association (FA) following his altercation with Diego Costa in Monday's 2-2 draw at Chelsea.

The result ended Spurs' Premier League title hopes in a match containing numerous flashpoints, including when Dembele appeared to put his fingers into Costa's eyes in the aftermath of Willian and Danny Rose clashing.

And Dembele could now face a lengthy ban after Spurs boss Mauricio Pochettino confirmed the 28-year-old had not contested the charge.

Speaking about the Belgium international's actions, Pochettino said: "We cannot justify it, but we can understand."

Dembele faces a minimum of a three-game ban, though the FA said on Wednesday that "the standard punishment of three matches that would otherwise apply is clearly insufficient".

Pochettino was unwilling to comment on how the club would react to a harshes punishment "because the process is open".