Warburton expected to face All Blacks 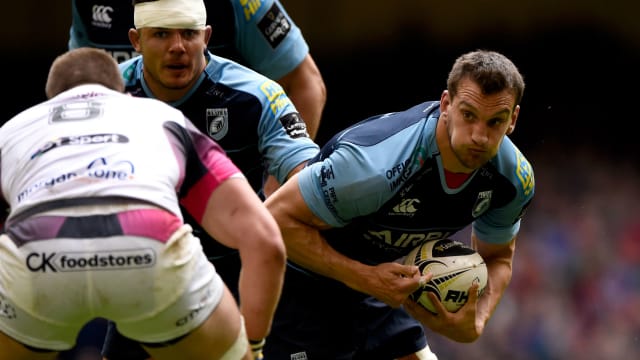 Wales captain Warburton suffered a shoulder injury during the Pro12 defeat to Ospreys at the Principality Stadium on Saturday.

But Wilson said Warburton was not seriously hurt in a collision with Wales team-mate Dan Lydiate and has allayed concerns over the flanker's fitness ahead of the three-match series against the All Blacks next month.

"In terms of the timeframe for him being out, I couldn't answer that. He is going through an assessment. It is a sprained AC joint in his right shoulder.

"A lot of these injuries depend on the person involved and their professionalism and diligence to get back and Sam will show that.

"There is no doubt in my mind that he is such a good professional that he will do everything he needs to get back to fitness.

"My understanding is that it's a shortish-term injury and that does mean that he is going to give himself every opportunity [of touring New Zealand]. I don't see there being a major issue with that."