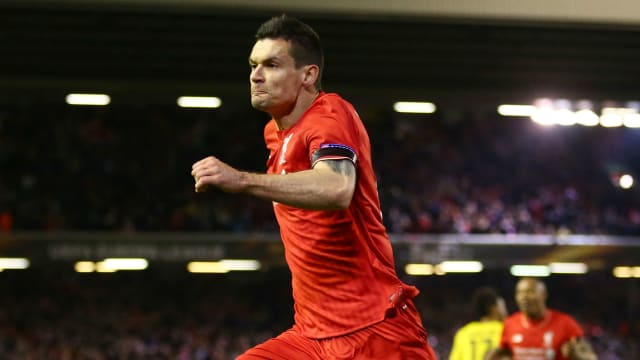 Dejan Lovren believes getting past Villarreal and into the Europa League final would rescue Liverpool's season.

Jurgen Klopp's side - who sit eighth in the Premier League - require a second-leg turnaround on home soil after losing 1-0 in Spain, but can draw on a remarkable fightback in the last round against Borussia Dortmund.

Lovren was the hero of the hour in that tie, netting a decisive header to send the Reds through 5-4 on aggregate and he is now eyeing a "dream" final.

The 26-year-old said: "It would be a dream for me and for the fans. We could save this season with a final, but we have to play Villarreal. It's a big step.

"We need to be clever enough. Everything is possible. The fans, they are expecting a massive game, but we will take it smarter than the last time.

"It will be a great season if we can go to the final and win it."

The defender feels the club's history of famous European nights - including, most memorably, the 2005 Champions League triumph in Istanbul - can also play a part in generating belief at Anfield on Thursday.

"Even in 2005, the fans know that with Liverpool everything is possible. We have great characters in the team," he added.