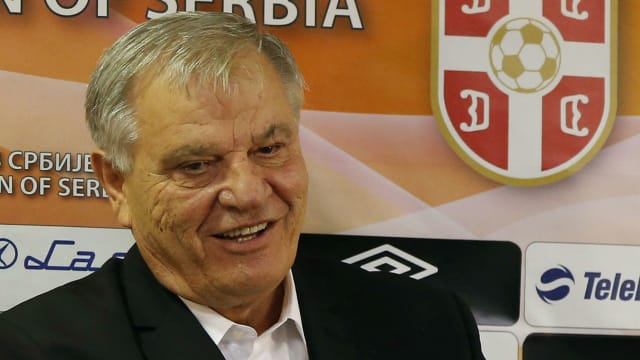 On Tuesday, existing federations voted 28-24 in favour of accepting the fledgling nation as its 55th member, while two votes were invalid.

The result has been heavily criticised by the FSS president, who believes it proves the growing influence of politics over football.

"I spoke at the UEFA congress and said this was a political decision and that UEFA opened Pandora's box with it. Football is defeated today, football is in jar of [beholden to] politics and this decision can have a deep impact on football in [the] future," Karadzic said in a statement.

"We have been fighting against it for four years, but first IOC [International Olympic Committee] struck us by recognising Kosovo. Many countries apologised to us saying they had to vote for Kosovo and follow instructions of their governments.

"This is a sad day for football and UEFA, who shouldn't have bent over to politics. What next? How will countries and [football] associations that didn't accept Kosovo behave? How to organise matches, under which protocol, which flag and logo?

"This is a victory for politics over football that can have big consequences in the future for football but also UEFA itself."

During a joint press conference held by Serbian sports minister Vanja Udovicic and his assistant, director of office for Kosovo, Marko Djuric, it was announced the government will help the FSS in an appeal to the Court of Arbitration for Sport (CAS).

"We will do everything, including using our personal connections, to change that decision," said Udovicic.