Wasps hooker to take up career in the West End 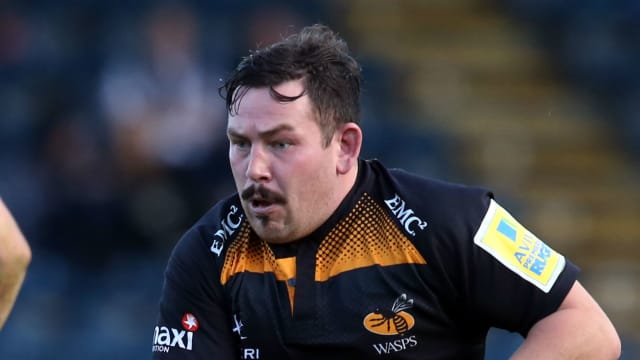 Wasps hooker Edd Shervington has announced he will retire at the end of the season to focus on a career in the West End.

Since joining from Worcester Warriors in 2014, Shervington has made 31 appearances for the club, but plans to step away from the game at the end of the current campaign.

Shervington will return home to Wales to look after his farming business, while also pursuing his love of the theatre.

"I'm sure a few people will think my West End ambitions are a wind-up," Shervington said.

"Let's just say I'm not always seen as the most serious bloke in the game, but I would genuinely love to try something different and to follow another of my passions, just like rugby has been for the past 12 years.

"The family farming business is going really well back home and I feel the time is right to hang up the boots and to try a new challenge."

Wasps director of rugby Dai Young added: "I'd like to wish Edd and his family the best of luck for their next steps. Edd has been a great addition to the squad, not only for his strength at the set piece but also for his off-field presence.

"His sense of humour is sometimes an acquired taste, but he has created a lot of laughs among the squad throughout his time here and we wish him the very best for the future."