Boban: Maldini can save Milan 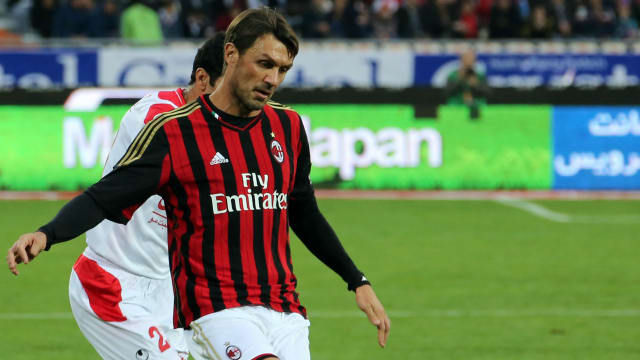 AC Milan should turn to club legend Paolo Maldini to reverse their ailing fortunes, according to Zvonimir Boban.

Maldini made his debut for Milan in 1985 and went on to make 902 appearances for the club, counting seven Serie A titles and five Champions League medals among the plethora of honours he claimed before retiring in 2009.

The former centre-back was the heartbeat of several famous Rossoneri sides, but the current crop are a far cry from those teams with Milan seventh and in danger of missing out on European football for a third successive season.

Overshadowing their troubles on the pitch are questions regarding the future of Milan's ownership with president Silvio Berlusconi looking to sell the club.

Boban wants to see a speedy resolution to the situation and thinks Maldini should replace coach Cristian Brocchi, who he considers out of his depth, to lead the team back to their previous heights.

"Brocchi has a few faults, but he didn't realise this job was too big for him. [Sinisa] Mihajlovic had managed to create a team that played together and was doing quite well," he told Radio Anch'io Sport.

"It is not the Milan of 10 years ago. Berlusconi needed to protect the club's history and heritage but he has not done that.

"Now there is confusion and total disorder. I do not see anything positive about being 2-0 and 3-1 down and coming back with two strange penalties.

"If we look further up [the club's hierarchy] there is a drama unfolding and it is affecting Milan, who are no longer where they should be after 30 years of success.

"Maldini should be [appointed coach] for his moral integrity. If they were to get foreign owners, there is some hope for the future, even though there is a romantic regret [about the sale], it should be accepted."