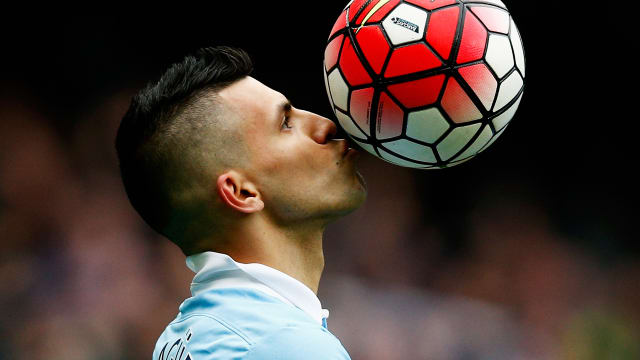 The 18-year-old, also known as "Puchi", is a striker like his older sibling and came off the bench during the second half of a 1-0 defeat to San Lorenzo in the Argentinian Primera Division.

Manchester City star Aguero also made his debut for boyhood club Independiente against the same opposition aged 15 and 35 days - breaking Diego Maradona's record as the youngest player ever to feature in Argentina's top flight.

Aguero took to Twitter to first wish good luck to his brother before paying tribute to his brother's achievement, telling Del Castillo to "keep fighting".

City take on Southampton in the Premier League on Sunday, before Aguero and his team-mates turn their attention towards Wednesday's Champions League semi-final second leg at Real Madrid.

Having won every major domestic honour in English football, Aguero has spoken of returning to Independiente to finish his career when his City contract expires in June 2019, meaning there is a possibility he could line up alongside Del Castillo.