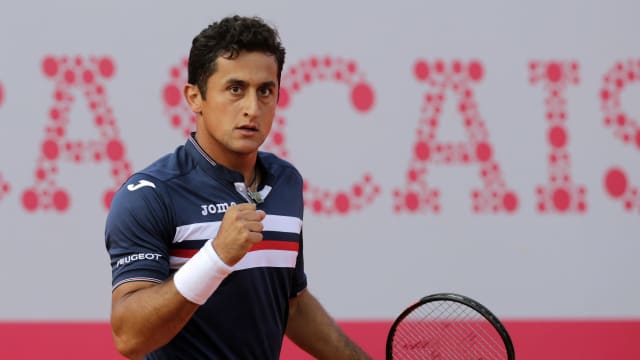 Sunday's Estoril Open final will be an all-Spanish affair after Nicolas Almagro and Pablo Carreno Busta came through their last-four encounters.

Both men eased into the showdown in straight sets, world number 71 Almagro seeing off 2015 runner-up Nick Kyrgios 6-3 7-5, while his compatriot overcame Benoit Paire 6-3 6-3.

Kyrgios and Paire, ranked 20 and 21 in the world respectively, may have come into Saturday's semis as favourites but they were little match for two men who feel at home on clay.

Every one of Almagro's 22 previous ATP Tour finals have come on the dirt, and two breaks in each set - including a crucial one for a 6-5 lead in the second having trailed 4-2 - saw him past second seed Kyrgios.

Carreno Busta had to recover from a poor start against Paire, reeling off six straight games from 3-0 down to get his nose in front.

But the second set was a different story, the world number 50 taking a 4-1 lead before getting over the line as he converted his third match point.