Coric and Mayer advance at a canter in Estoril 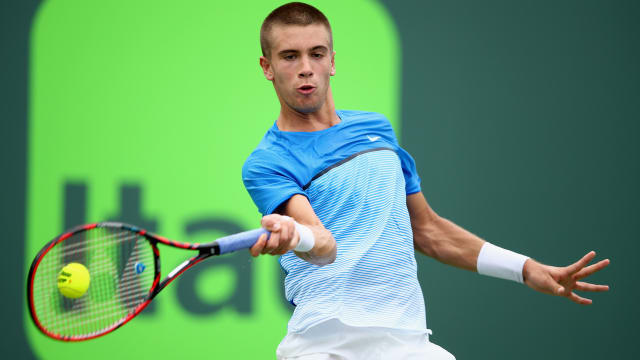 Borna Coric eased to a straight-sets victory over qualifier Andrea Arnaboldi after Leonardo Mayer had wasted little time in seeing off home favourite Pedro Sousa in the first round of the Estoril Open.

Sixth seed Coric broke four times and did not lose a game on serve as he triumphed 6-4 6-1 on day one of the tournament.

The Croatian teenager, facing Arnaboldi for the first time, was too strong throughout for his Italian opponent, Coric booking his place in the second round with a commanding display.

Seventh seed Mayer is ranked some 322 places above Portuguese Sousa and the gulf in quality was evident as he wrapped up a 6-1 6-4 victory in just 80 minutes.

Mayer raced into a 5-0 lead in a first set that lasted just 28 minutes, and the only blip came in game four of the second when he allowed Sousa to level at 2-2 having earned an early break.

But the Argentinian quickly regained his composure and served out for the win, converting his third match point.