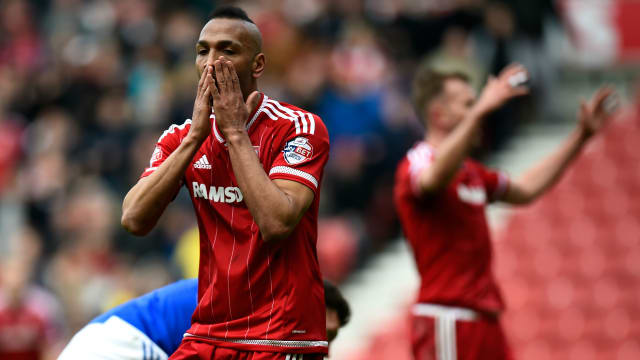 MK Dons were relegated from the Championship, Colchester United dropped into League Two and York City will play non-League football next season after Saturday's results.

A 4-1 defeat at home to Brentford meant the Dons' stay in the second tier lasted just one season, with Karl Robinson's side joining Bolton Wanderers and Charlton Athletic in League One next term.

Colchester were demoted after their 3-0 home loss against promotion-chasing Burton Albion, while York's 3-0 defeat at Accrington Stanley saw them drop out of the Football League just four years after winning promotion.

In the Championship, Middlesbrough's 0-0 draw against Ipswich Town and Brighton and Hove Albion's win at already relegated Charlton Athletic means the top three have 87 points apiece.

It is Burnley - winners on Friday against Preston North End - who lead on goal difference, with Boro second and Brighton third.

League One leaders Wigan Athletic all but confirmed their promotion to the Championship by beating Southend United 4-1 at home, with Will Grigg scoring a first-half brace.

Scunthorpe United's 2-0 win at Peterborough United moved them to within two points of the play-offs, where Barnsley occupy the final spot following a goalless draw at fellow top-six hopefuls Sheffield United.

Doncaster Rovers maintained their survival hopes by beating Coventry City 2-0 at home, while Blackpool's 0-0 draw against Fleetwood Town keeps them in the relegation zone.

The fight for promotion from League Two intensified as Accrington's win was coupled with victories for Oxford United and Bristol Rovers, while Plymouth Argyle were stunned by rock-bottom Dagenham and Redbridge, who prevailed 3-2 at Home Park.

AFC Wimbledon's fifth consecutive win a - 1-0 at home to Leyton Orient - moved them a step closer to wrapping up a play-off spot, with eighth-placed Cambridge United five points back despite a 2-1 win at manager Shaun Derry's former club Notts County.