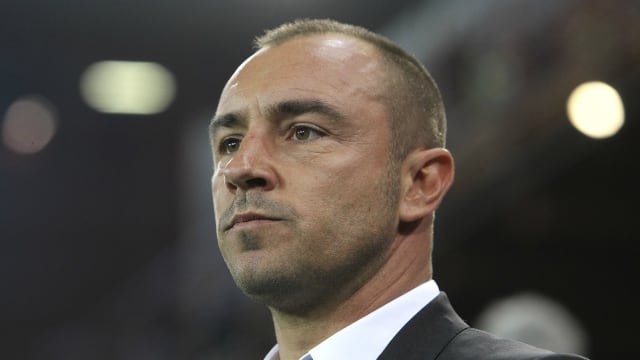 Cristian Brocchi has called on AC Milan to overcome their mental barriers when they take on Carpi at San Siro on Thursday.

Brocchi led Milan to their first win in six games in his first match in charge at Sampdoria on Sunday, having replaced Sinisa Mihajlovic.

Milan now meet Carpi as they look to cement Europa League qualification and Brocchi has called for a brave performance against relegation-threatened opposition.

"The first test is mental," Brocchi said at a news conference. "Milan must show courage. It is in our DNA. We have to take the game to the opposition.

"We have to be ready for battle. There are no excuses. It could be difficult or a bit easier if we continue on the same path as against Juventus and Sampdoria.

"I am pleased for the players and they look eager and motivated. That has relaxed me. It is all a matter of focus and understanding what you can achieve. We did that against Sampdoria and I want to see it again against Carpi.

"From our point of view we must have the same hunger and quality. We have to show a desire to win.

"I want to make progress which will help us from here to the end of the season. I want the team playing positive football. It is also a mental thing and the players need to believe in themselves and go out there to win."

Brocchi also had his say on the situation of Mario Balotelli, who has expressed his desire to remain at the club once his loan deal expires, and the coach has high hopes the Liverpool loanee can shine in the weeks to come.

"As with the other players I have spoken to Balotelli to get to know him and for him to get to know me," Brocchi added. "I need to understand what players can give me.

"He is different from the person who arrived in the summer, when you look him in the eye he has something real and profound. A look says a lot, I expect positive things."